This year has seen great improvements in the Canoga Park Neighborhood Council. The leadership has reinvigorated the Council and by actively recruiting talented people with a desire to serve, this Board has accomplished much in the last year. Here are some examples:

And because of the Council’s Outreach and persistent attention to the community, the voter participation in this election cycle increased by 400% over the last election!

Canoga Park is fortunate to have hard working and dedicated Board members. A big thank you to James Sweet for his diligence in organizing the Job Fair and Bill Ratner for his fine work with the Sea Cadets and CERT.

As we know with any organization, the leadership is what makes the difference. VANC wants to especially recognize Corinne Ho, the president of Canoga Park Neighborhood Council. She is an outstanding example of such leadership. She made it her goal to reinvigorate the Council and she has distinguished herself by inspiring her Board and her community with her fortitude, her work ethic and her achievements. 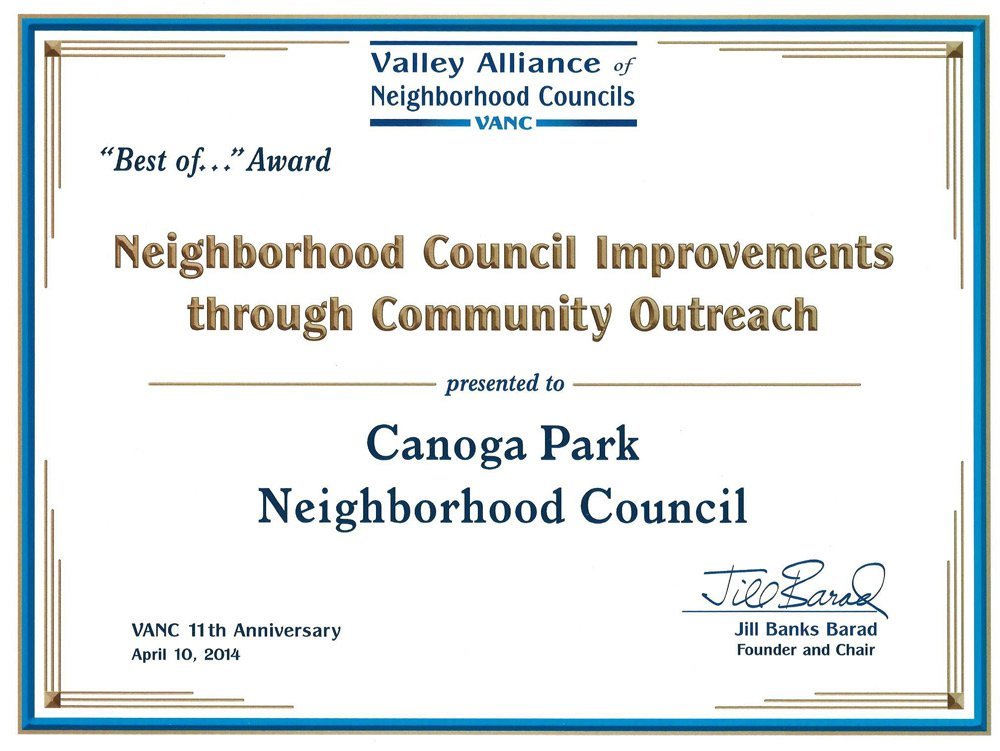